Adolf Hitler stayed here; here, the elderly musician Gustav von Aschenbach loved with longing the young and beautiful Tazio in Death in Venice by Luchino Visconti; here, aristocracies from all over the world rejoiced in the years of the Belle Époque. It is still full of charm, with that sinister beauty that cuts through oblivion like a shining blade, the Hotel des Bains on the Lido of Venice, left abandoned for twelve years. Just a few minutes’ walk from the din of the palazzi and movie theaters.

The wrought iron gate is closed and a sign warns that there is a surveillance camera to capture whoever stops to look, awed by so much withered splendor. A couple of years ago, two parts of the roof facing the sea crumbled on the sides of the facade with the clock that marks the unreal time of a long sleep. Built in the early 1900s in Art Nouveau style, the Hotel des Bains has huge rooms furnished in wood, heavy tables with marble finishes and corridors stuffed with historic Venetian craftsmanship.

The wrought iron gate is closed and a sign warns that there is a surveillance camera to capture whoever stops to look, awed by so much withered splendor.

It was closed after the failure of a project to make it into residences proposed by local Venetian entrepreneurs. These were the years in which furniture disappeared, in part resold outrageously online. “Fortunately, the enterprise of canceling it as a hotel was unsuccessful because the inventors of the Film Festival, starting with Count Volpi, imagined this place as an integral part of the Biennale from which it could not be separated,” explains Vittorio Sgarbi to Mag.

The hotel is now owned by a real estate fund operated by COIMA, a Milanese company led by Manfredi Catella who tells us that they have every intention of preserving its history and features but, at the moment, the banks are not sufficiently forthcoming to enable the restoration.

COIMA, which also owns the Excelsior, is putting up EUR 70 million; around another EUR 80 million are needed to begin to restore the spirit of Hotel De Bains. The accumulated debts are huge—around EUR 45 million—and confidence in the relaunch is slow coming from external investors. The idea would be to preserve and restore the existing structure—in particular the monumental halls—and create a link between old and new, adding a spa and improving the beachfront value. 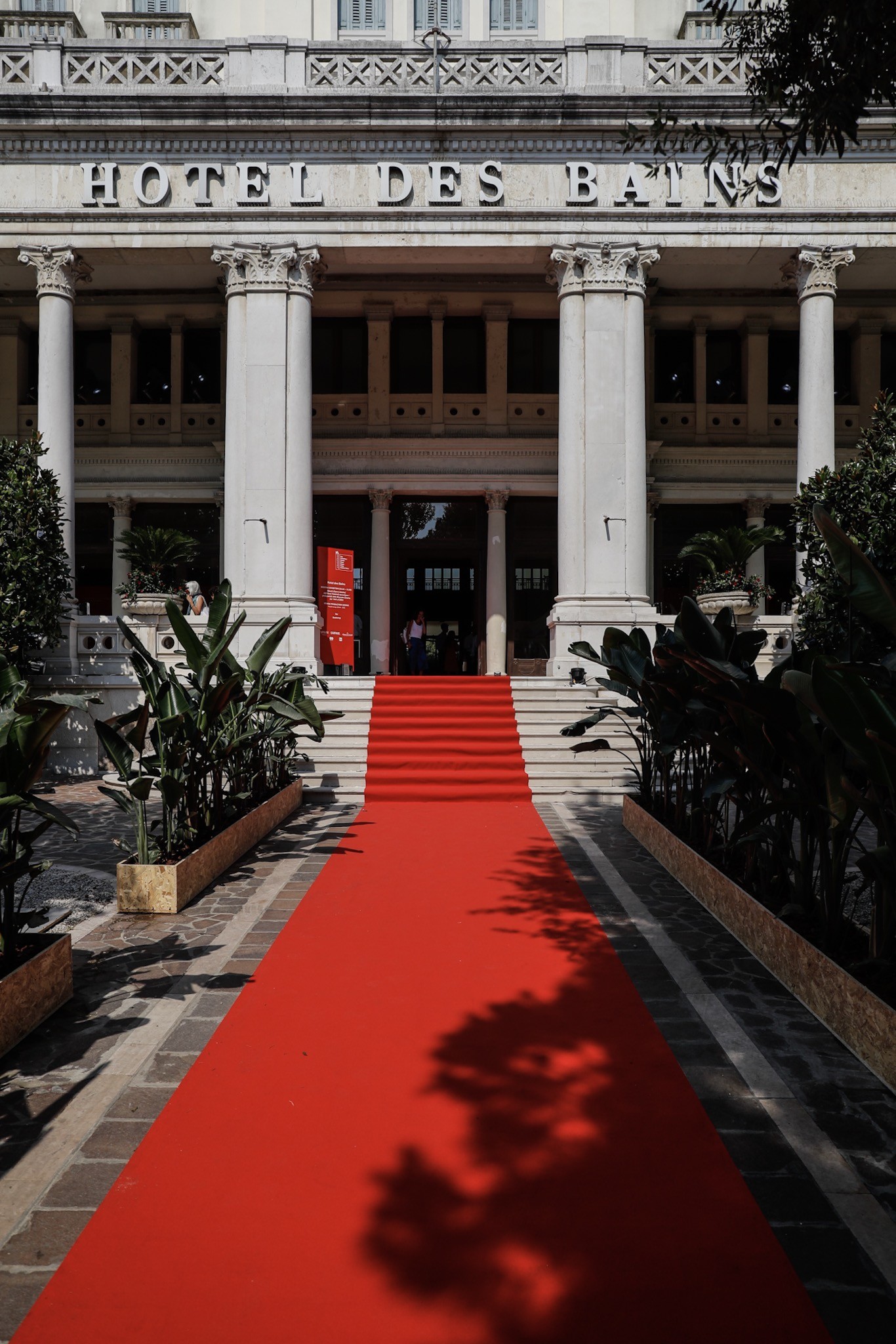 The Venetian politician Nicola Pellicani asked the Municipal Authority of Venice to view the possibility of the future of Hotel des Bains “in a context of redevelopment of the entire Lido, the golden island of the twentieth century, abandoned for far too long. All the plans proposed so far, from the new cinema building to the hospital by the sea, have been scuttled.” Impossible not to think of the ending of Death in Venice, with Gustav on a white deckchair watching Tadzio walk away and dive into the sea. There is still time, however, at least to save the beauty of the places of that impossible love.

A Festival without dreams

More splutter than sparkle. Eighteen films in the running, not one comedy. Attentive audiences, no whistles but neither were there standing ovations

Cinema on the Flying Red Carpet