On a very cold evening in early December 2009, a man who had just arrived on a flight from Los Angeles to London met the contact who was waiting for him not far from a cinema, in front of which a line had formed so long that it went around the block, and breathed a sigh of relief. Within a week, England would be hit by a bout of frost and snow not seen for almost twenty years, but that evening the contact had shown up on time and, above all, had managed to get hold of the thing for which the man had made such a long journey: a ticket to the London premiere of the movie Avatar.

The people in line had forked out absurd amounts or asked for favors that they would have to repay at a heavy price to get their hands on a ticket to the premiere, but the man from Los Angeles had a particular reason for being there. He knew each sequence of the movie by heart and could have described every frame in detail, but tonight the only scene he was interested in was the one he considered the pinnacle of his career.

He walked into the theater, sat down in the audience, a mix of skeptics, enthusiasts, cynics and super fans and waited for that particular minute of the screening.

When on the big screen, a canister fired by a space marine bounced off the floor of a spaceship and seemed to shoot straight towards the transfixed audience behind their 3D glasses, everyone–without exception–ducked in their seats, as if to avoid that object which was pointing straight at them, but which in reality had never left the screen.

The man felt a shiver run through him and smiled: he had achieved what he wanted. Since he had started working in movie, he had only one goal: to make the audience relive the uncontrollable emotion that more than a century earlier had caused the viewers of the short film The Arrival of a Train at La Ciotat Station to flee the theater for the fear of being hit by the locomotive.

That man was Joe Letteri, and it was largely thanks to him that James Cameron succeeded in performing the miracle of film technology that was Avatar. Him and the 900 people who had worked under his orders in the visual effects department of the production.

But the insatiable perfectionist Cameron was not quite as happy. The idea for Avatar had been floating around in his mind since the days of Titanic, but he was aware that a movie like the one he wanted to make was impossible. Simply because the technology needed to produce it did not yet exist.

The idea for Avatar had been floating around his mind since the time of Titanic, but the technology needed to produce it did not yet exist

For Avatar, Cameron had achieved things that no other director would have managed. First of all, Microsoft created for him a cloud to manage each step of the digital processes of the movie. A monstrous amount of data, if we consider that every minute of the movie occupied more than 17 gigabytes of memory and that the rendering alone, i.e. the digital reconstruction of the alien world, of Pandora occupied one petabyte; or that the motion capture process required two of the most powerful supercomputers on Earth.

The filming adopted such innovative technologies that even the founding fathers of digital cinema such as Steven Spielberg, Peter Jackson and George Lucas had asked to be allowed on set to watch the process.

Yet Cameron was not satisfied. And he carried this dissatisfaction with him until he was able to fill that void that made Avatar for him a movie to be perfected. He wasn’t happy about the fact that Fox had forced him to use a 24 frames per second technology for the 3D version (he would have liked to have a higher rate to eliminate all possible 'flickering' during viewing), but with the spread of 4K technology the desire to make Avatar even more extraordinary kept him awake at night.

This is why, two months before Cameron's return to theaters with the sequel Avatar: The Way of Water, the Oscar-winning director has managed to bring the first episode of the saga back to cinemas in a 'restored' version: sharper, with more vivid and eye-catching colors (even if the Pandora vegetation in the original version was already amazing), advanced digital printing for the reworked images and revised special effects.

Of course, talking about restoration for a movie that is just 13 years old is a bit surreal, but film technology has evolved so rapidly in the last decade that improving some movies, albeit recent ones, is almost an obligation. Just think how silly it feels now re-watching some of the crude special effects in the first Spiderman.

Advances in areas such as chroma key, animation and camera stabilization have allowed filmmakers to bring their creations to life in ways their predecessors could only dream of. Now the technique is largely geared towards simplifying the editing process and improving the availability of production technology, so much so that aspiring filmmakers no longer need access to an expensive studio and equipment to obtain a sophisticated finished product.

Creative editing and technology have been used many times for posthumous performances (watch Tupac Shakur's appearance at Coachella in 2012, or Oliver Reed in Gladiator). Digital effects have progressed to the point where it is possible to create an incredibly realistic facsimile of anyone. While this capability is a huge technological advance, it raises several moral and ethical questions. Not all artists feel comfortable continuing to make appearances posthumously and extras fear that the ability to create people digitally will mean they will lose their jobs to cheaper digital 'puppets'.

Cameron with his obsession is in good company. Half a century after The Godfather premiered in theaters, Francis Ford Coppola still cannot close the door on the experience. Already, 15 years ago, the Italian-American director worked on a restoration of the movie and, in March 2022, it again returned to theaters with a further restored version. When the movie premiered in March 1972, it was such a rapid success that the master copy was used to print the copies they needed, not a service copy. The result was that the original was ruined and The Godfather we see today, both on TV and in theaters, is definitely not the premiere version. 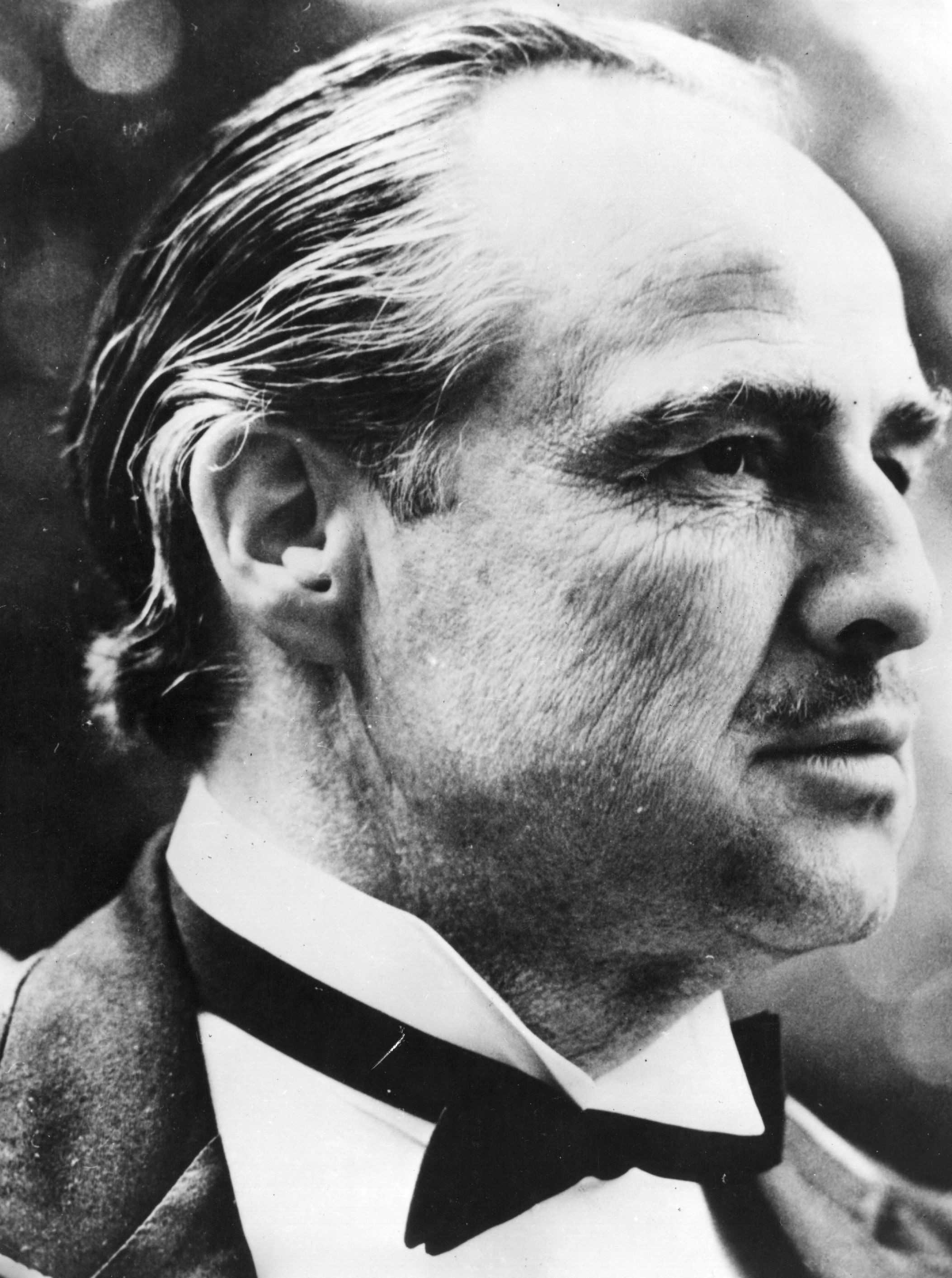 All the physical imperfections that time had added–stains, smudges, scratches–have been removed by hand, but digital means Coppola is facing a dilemma: Did The Godfather need to be improved to meet the tastes of new audiences or was it better to keep the original charm? He was particularly troubled by sequences like the opening of the movie: the contrast between the light and vividness in the outdoor wedding scene and the gloomy atmosphere in Don Vito Corleone's study. Contemporary taste, albeit a big fan of dark atmospheres (just think of the various Batman sagas or fantasy epics such as The Lord of the Rings) likes to linger on the details. To put it simply: if The Godfather had been shot today, the boss's studio would still have been immersed in the same twilight atmosphere, but every detail of the wooden paneling would be visible. With the technologies of 1972, this was impossible.

In March, Martin Scorsese, a lover of old movies as well as a talented director (the two don't always go together), inaugurated a free virtual screening room for movies restored through his non-profit organization, the Film Foundation. The initiative was launched on May 9 with the 1945 romantic comedy I Know Where I'm Going! starring Wendy Hiller and Roger Livesey.

The screenings of the restored movies are accompanied by comments from the directors who have chosen them: these are movies that are shown to the public or broadcast very rarely and may have had much more influence on their style and their narrative than success in their own right.

The Film Foundation works in partnership with Oracle to create and enhance the new platform, which shows movies on the second Monday of each month for 24 hours. Viewers have access to interviews with directors and archivists about the restoration process. So far, the streamed titles have included La Strada, Kummatty, Detour, The Chase, Sambizanga, One-Eyed Jacks, with Moulin Rouge (1952 version) and Lost Lost Lost in the pipeline. No genre, era or nationality is excluded: the only requirement is that they are restored movies. A place in which to take refuge from the rampage of the 99% digital Marvel superheroes that have taken over the big screens.

Sophia celebrates her 88th birthday. Ambassador of Italian beauty in the world, she is the most awarded Italian actress

A Festival without dreams

More splutter than sparkle. Eighteen films in the running, not one comedy. Attentive audiences, no whistles but neither were there standing ovations